Founders Awards Founder of the Year 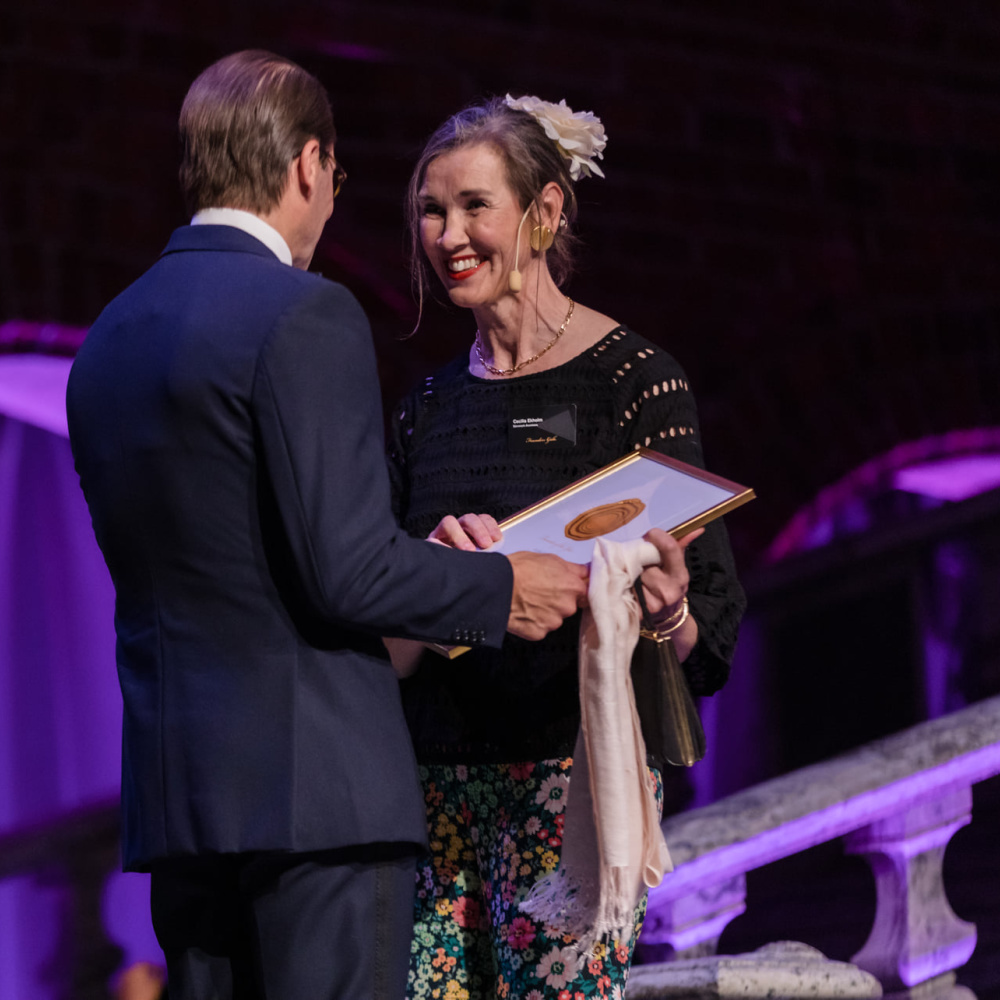 Cecilia Ekholm, founder of Särnmark Group was awarded by H.R.H. Prince Daniel at the Founders Awards Gala at Stockholm City Hall on September 16 in 2021.

The jury's motivation for Cecilia Ekholm
“The female winner of this category of the largest companies, is a true gold winner of having built a large company in a politically complicated line of business, driven by her passion, determination and resilience. The common theme in her life (since she was 7 years old) and her entrepreneurship is self empowerment. She has built her company helping others to decide for themselves. And she has done this with great clarity and passion for 30 years.”

Särnmark Group was founded with a mission to empower people with disabilities through entrepreneurship. Särnmark has a rehabilitation center targeting patients from Scandinavia. Over 3000 employees work as personal assistants all over Sweden and in Spain.

After doing some extra work as a personal assistant Cecilia was actively engaged working for civil rights for people with disabilities in the early 80’s. She then met Mikael Särnmark who after a severe accident regained power over his own life, despite disabilities.

Since 1992 Särnmark Group has been on a groundbreaking mission to offer everyday independence to people with ordinary needs that require special solutions. The guiding principle remains the same, promoting everyone's right to self-determination and participation based on a strong set of values.